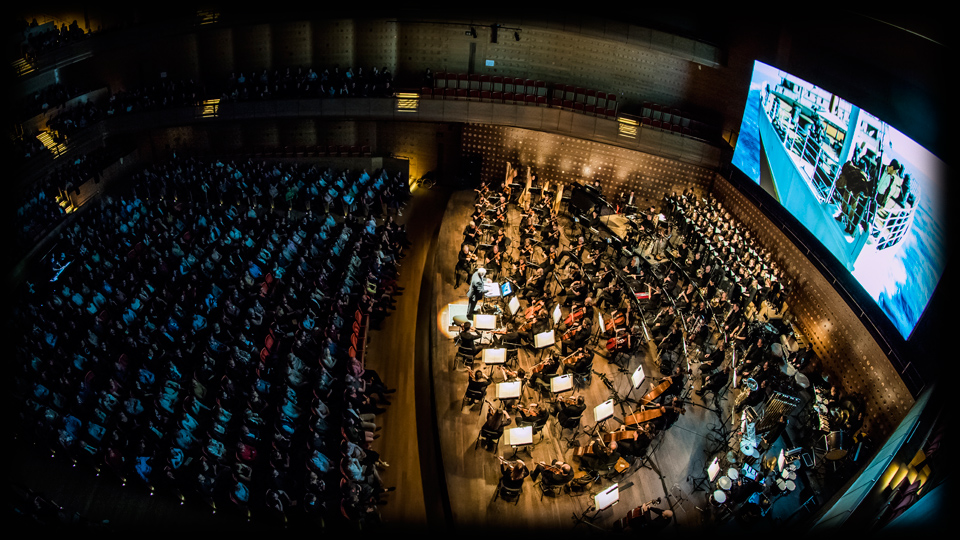 THE WORLD’S MOST BREATHTAKING LOVE STORY

In 1997, James Cameron’s Titanic set sail in theatres, and one of the world’s most breathtaking love stories was born.

Upon its original release, Titanic was celebrated for transporting audiences back in time, right into the belly of the R.M.S Titanic in all her glory and into the heart of a forbidden love affair entwined with the ship’s epic collision with human arrogance, nature and fate.

This spectacular blockbuster re-creates the ill-fated maiden voyage of the White Star Line’s $7.5 million R.M.S Titanic and the tragic sea disaster of April 15, 1912. Running over three hours and made with the combined contributions of two major studios (20th Century-Fox, Paramount) at a cost of more than $200 million, Titanic ranked as the most expensive film in Hollywood history at the time of its release,and became the most successful.

The movie tells the story of a seventeen-year-old aristocrat, expecting to be married to a rich claimant by her mother, who falls in love with a kind but poor artist aboard luxurious, ill-fated R.M.S. Titanic.

Leonardo DiCaprio and Kate Winslet shine in the timeless love story born of tragedy that created an international phenomenon as memorable as the legendary ‘ship of dreams’.

Almost instantly upon its release, Titanic became a cultural phenomenon, as its most iconic moments were etched into the popular imagination. Perhaps it was the way the ship seemed to become a microcosm of human life – a place where conflict and danger never ceased, yet neither did human resourcefulness, courage and hope.

Perhaps it was the sheer beauty of the connection between Jack and Rose, one that neither social conventions nor the ferocious power of nature itself could tear asunder. Perhaps it was the stunningly intricate details of the production that swept viewers into another world both never-before-seen and deeply real.